Upon the invitation of Cosmoscow we presented the works of the following artists at Online Cosmoscow: 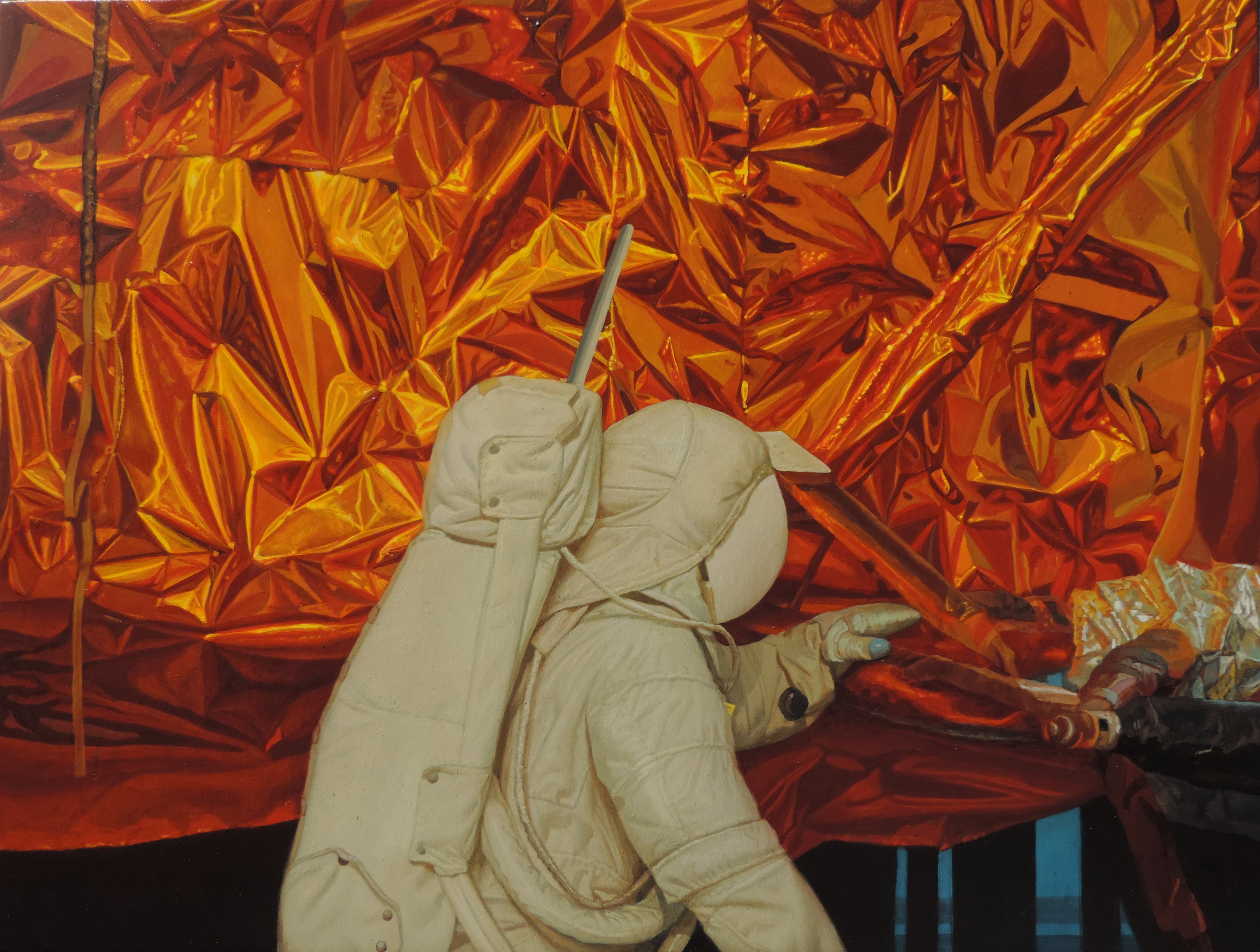 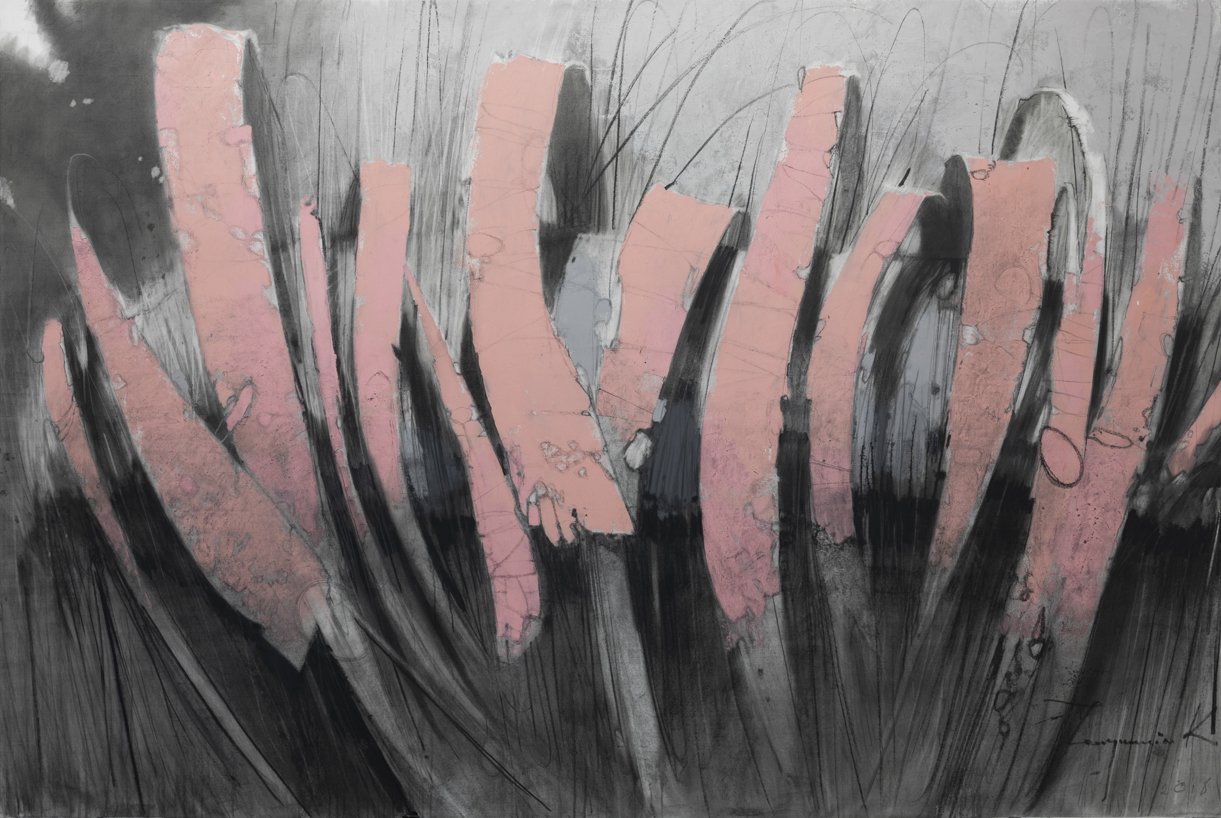 'Something in Something'
Kirill Chelushkin 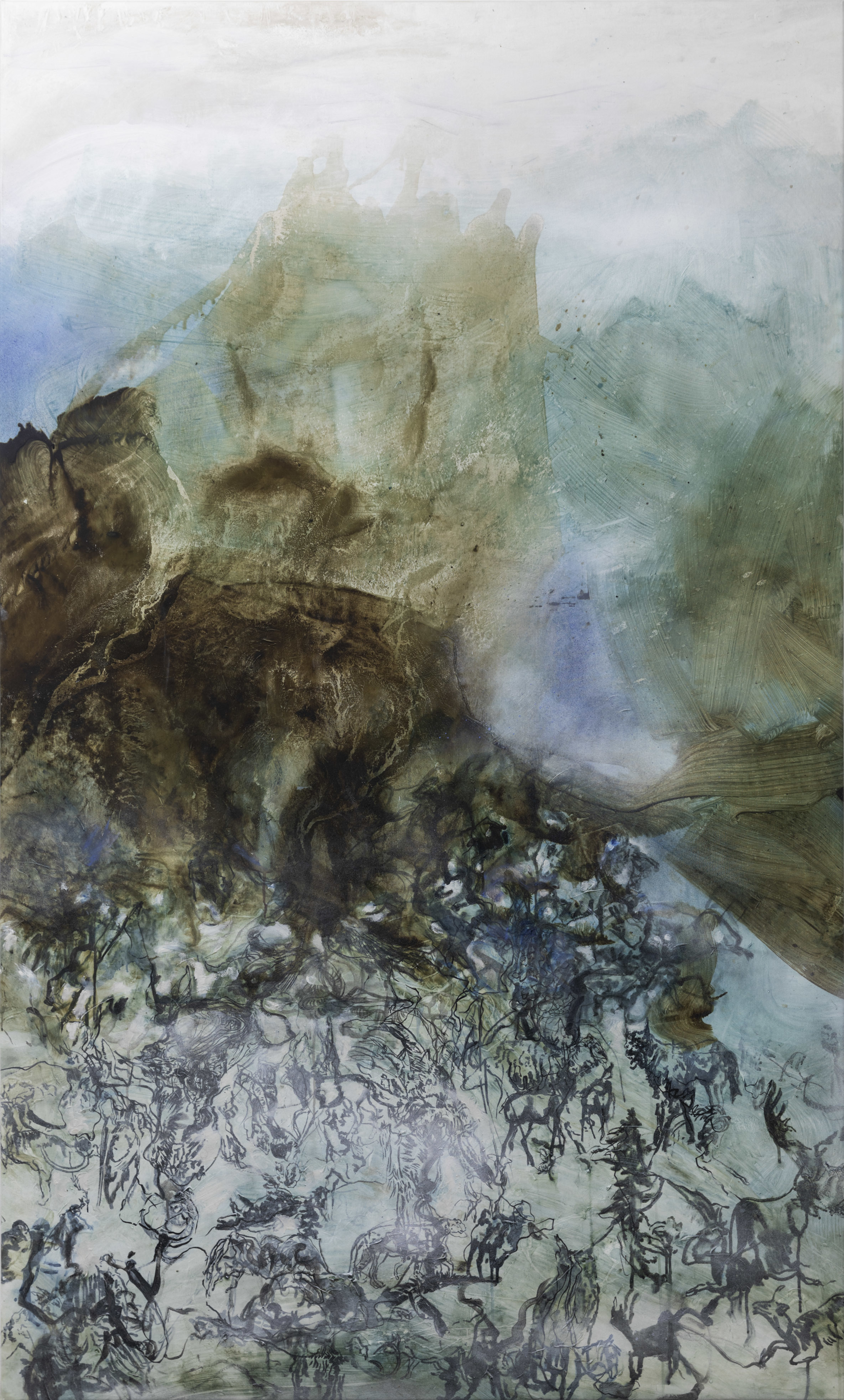 March: a work by the gallery artist Gosha Ostretsov is now in the collection of Tretyakov Gallery in Moscow

A monumental comic panorama by Gosha is on view till March 22 in New Tretyakov Gallery and then will be a part of the museum's collection. The artist's work has been in the Marat Gelman's collection, which is now exhibited at the New Tretyakov Gallery. All the exhibits have been donated by Gelman to the museum.The collection includes works reflecting major post-Soviet art trends of the 1990s and 2000s. These works are by Moscow's performance artists Oleg Kulik and Anatoly Osmolovsky, neo-modernist experiments by Avdei Ter-Oganyan, painting experiments by Viktor Alimpiyev, Dmitry Vrubel’s pseudo-documentalism, and neo-pop art by Vladimir Dubosarsky and Alexander Vinogradov. Moscow projects by social art classic artists Vitaly Komar and Alexander Melamid, works by Alexei Kallima and Yuri Shabelnikov reflecting urgent social issues, and a monumental comic panorama of the art scene of the mid-2000s by Georgy Ostretsov are the display's highlights.
Founded in 1990, Marat Gelman's gallery was one of the first private galleries in Moscow. Many artists treated its projects as a declaration of contemporary art's rights in Russia. Search for new artists was one of the gallery owner and collector's objectives. The so-called ‘Gelman circle’ included young artists, many of whom became prominent art figures in the 1990s and 2000s.

Through the abstract “embroidered” transcendental images on canvases in Folk embroidery motifs, the artist invites us to understand imminent fundamentals. It is no coincidence that pastel tones of orange and white dominate: in the theory of color, these shades are seen as energized both by life and death. Metaphysics. On the other hand, the installation Shadows of Forgotten Ancestors functions in a very particular way and attains a completely distinct sacral meaning within the space of the GUM-Red-Line Gallery. Sketches of clothes as presented against the backdrop of Red Square in Moscow captivate the audience with time-honored historical traditions and revive the collective memory of generations of people. Aeternum.

Maria Pogorzhelskaya presents a new project – Private Zone (canvas, oil, 2007-2019, a series of 30 paintings). The series will be presented for the first time in complete form at the exhibition. Most of the paintings were created ad hoc in 2019, especially for the exhibition. Visitors will also see portraits of Natalia Vodianova which the artist painted in 2012 for Vogue.

Private Zone occupies the space of individuality, immediacy, precise replication of a specific moment in a woman’s private life. Photographic memory and the use of “fleeting light” on surfaces – these are the main tools of the artist who works in the best traditions of “new realism”. Pieces in small format are deliberately and repeatedly used as studies for larger works, similar to the relationship between the negative and the final photo. A sort of “metamorphosis of the étude is displayed in a separate series of specific paintings that can be viewed at the exhibition. Hic et nunc.

The “Proto(type)” exhibition allows us to understand the trend in contemporary art where spaces are set in between Eastern and Western art – the discovery of objectively different yet logically consistent approaches to art.

The narrative of the exhibition is not linked to the stylistic flourishes and characteristic forms that can be discovered in the works by the Pogorzhelskys; it rather touches upon the “tangent lines” that are present in similar visual art practices and the delicate use of color displayed by both artists. The energy of two- dimensional bodies on a flat background.

Masks. These are the elements that transport the viewer through history to the origins and uniqueness. The masks appear both in the folk/ceremonial clothes of our ancestors and timeless abstract mythological images (Alexander Pogorzhelsky), as well as the everyday self-care routines of women and precise portraits (frequently self-portrait) at a concrete moment in time, the “here and now” reality (Maria Pogorzhelskaya). The search for identity in the past and expression of essential truths through the real and commonplace. The sacralization of both historical and individual memory.

The connotations of time are interpreted by both artists through the concept of memory, through deliberate disapproval of the proliferation of “non-places” in contemporary society, as described in the anthropology of “supermodernity” by Augé and presented in social spaces. “A space which cannot be defined as relational, or historical, or concerned with identity will be a non-place... Supermodernity produces non-places or, in other words, spaces which are not themselves anthropological places and which unlike Baudelairian modernity, do no integrate the earlier places,... ‘places of memory’”*.

The presented curated project is an attempt to guide the viewer to view the exhibition space as a “place of memory” though an intuitive (as Bergson understood it to be) recreation of reality via the concept of a prototype. Only intuition as a direct experience of an artwork can penetrate the latter’s intimate essence**.

Thus, we attain an “emotional and intuitive” understanding of reality, be it true reality or supposed reality, through the presented artworks.