“BREAKFAST AT CRONUS” by Valentin Korzhov 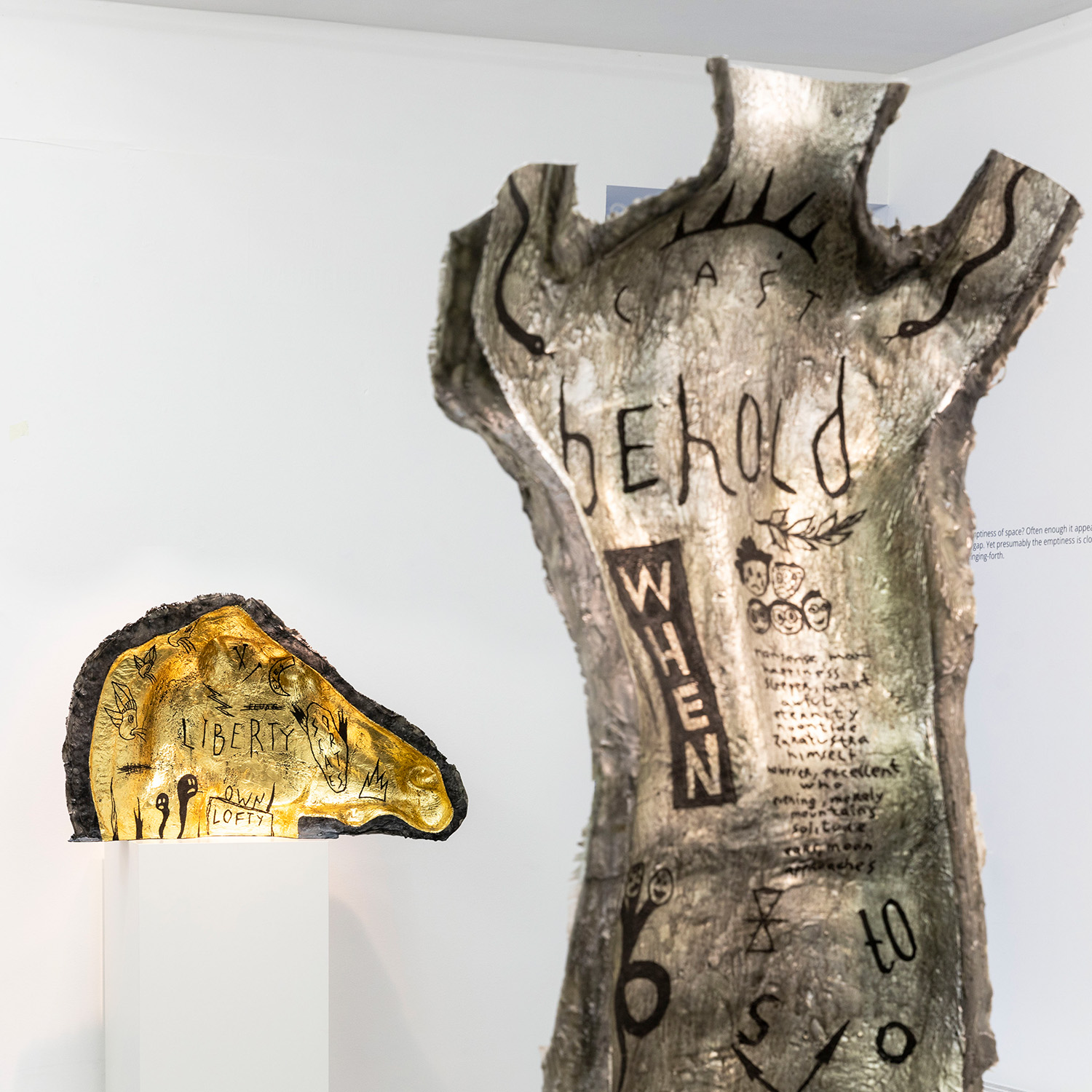 Valentin Korzhov was born in Moscow and received training in sculpture at the art academy, and began his professional career at the studio of master sculptor Victor Sidorenko.

In multidisciplinary installations that manipulate spatiality as a medium, the artist engages in immersive experiences that draw not only from the resources of art but also of modern philosophy and science. Temporality is dislocated in Korzhov’s work, reading the palimpsest of civilization as a complex tapestry of interwoven texts, images and archetypes, moving away from the historicism of sculpture towards a primeval site of mythography that encompasses the distant future as well.

Breakfast at Cronus is the culmination of Valentin’s decade-long artistic research of European philosophical thought dedicated to the ideas of humanism on the one hand, and the notions of form and space as the laws of the universe on the other. The exhibition unites three projects built around the idea of logos as the foundations of humanity and reveals its relevance in the context of contemporary crises of overproduction of information, symbols, products, etc. Korzhov refers here to three fundamental sources in the history of human thought known as revelation, which had a strong impact on his own views and oeuvre, i.e., Plato’s Timaeus, the Old and New Testament and Thus Spoke Zarathustra by Nietzsche.

Valentin is the member of Moscow Artists Union, sculpture section. His personal exhibitions took place in such important public spaces like Ekaterina Cultural Foundation, State Darwin Museum, Center for Contemporary Art Winzavod, Arts Academy and many others. His exhibition Archeology of Memory was showcased as a collateral event of the 5th International Moscow Biennale of Contemporary Art. He participates in a number of important large-scale group exhibitions like Actual Russia and Tetraktis. Valentin was included in top-100 Renowned Russian Artists (InArt 2018). Lives and works in Moscow. 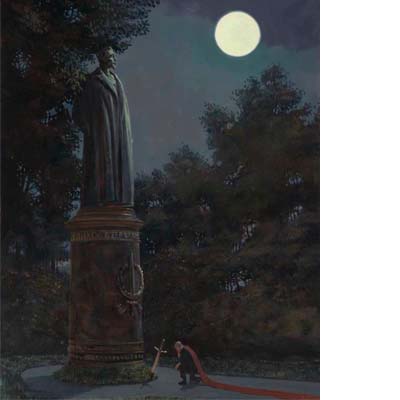 Duo project of the gallery artist Ivan Razumov in a collaboaration with a creative group PPSS in Ovcharenko gallery, Moscow. 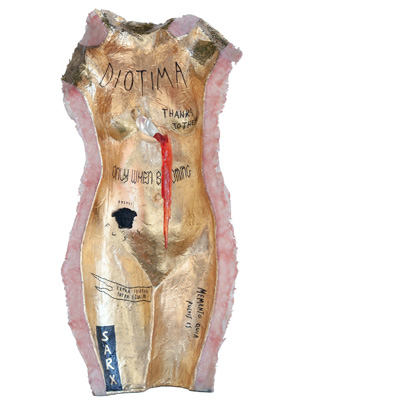 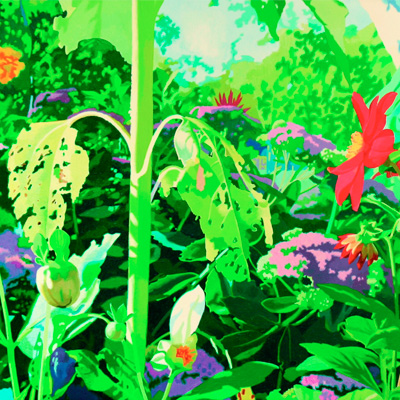 An epic alienation, performed by Oleg Maslov, from the turbulent underground 90s with the inherent  irony, exaggerated camp and kitsch to the post-neo-academism filled with nostalgia in order to embrace the ‘new optimism’ and sincerity  that shines through his latest canvases.

There are the glorious, effusive, gleeful flowers, which some have read as a retreat from the ideological jostling and culture wars of Maslov’s past life at the Academy - which in many respects they are. But they also hark back to the early work of Warhol whose silk-screen blooms are here in spirit, hue and intensity. They recall too the floral still lives of Hockney, another of Maslov’s long-time influences and passions. And these are resolutely not the ostentatious Oriental Poppies or Petunias of O’Keefe or in any other way flashy and impressionistic. They are simple, honest flowers that might be found in any humble dacha along the vast landmass of continental Russia - Echinacea and Zinnias that connect us to the countryside and the earth.

In taking us on this journey - from frenetic madness of the 90s to a more settled, liberated self-reflection - laying wreaths for fallen comrades on the way - Oleg Maslov has profoundly demonstrated the meaning of the Epic Sentiment that gives this extraordinary exhibition its energy, life and title.